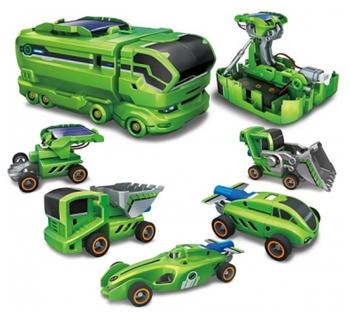 For people who grew before innovation of internet and web technologies, making of games and model making were all in rage during those days. We have experienced the toys made from cardboard, empty carton, cans of soup, boxes and anything which used to resemble the shape of an airplane or car. Kids have all such stuff during their childhood and toys are the colorful and funny friends of such kids.

However, after the invention of internet and information technology, unfortunately now the kids are conserved to their computers and watching cartoons or playing video games in front of their laptop or computer screen. Such kids have never got the experience and thrill of pretending that a cardboard box which should turn to be a small house for his or her toys or an empty matchbox box which should turn their younger siblings into command obeying prompt robots.

But all hope nothing is lost for the parent who like their children to experience the thrill of make believe games while teaching them a valuable lesson about how renewable energy can work best and this source of energy generation will fulfill the increasing energy demands when these kids will turn young, all the way we are here talking about 7 in 1 Solar Transformers kit.

The kit is featuring snap components along with a solar panel and a battery station. The components can be snapped together to firm two power charging stations- one solar charging station and a battery charging station- and five type of vehicles including a concept race car, a dump truck, a bulldozer, a concept roadster and a solar car. Kids can either play with one type of vehicle or transform them as and when required and create their own Transformers style plays. The 7 in1 Rechargeable Solar Transformers can be charged via an AC outlet in around 5 seconds or via the solar panel that takes around 120 seconds to fully back up the battery. Unfortunately the battery lasts only for about a maximum of 80 seconds which might be a bit of a problem for modern kids with needs of instant gratification.

This will help to create positivity and creativity among the children and learn how to make models and how renewable energy can be used in everyday life. If the kit is able to get your kid away from his MMORPG even for a single Sunday afternoon, we’d say its cost is only $26.95.