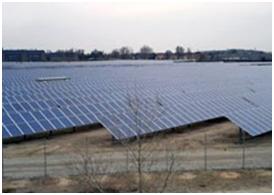 At Google, the investments in green energy mean to invest for innovations and large scale clean energy projects which should become the major project source in the future. To speed up the development and innovations, Google has put significant funding and resources along with new technologies. Google has invested more than $915 million till today in renewable energy sector, including the power projects which will generate 1.8 GW of power, which will be enough to power 35,000 homes in United States. Here is a closer look at investments by Google for Clean Green energy.

Google has made its first international investment of €3.5 million (approximately $5 million for a 49 percent equity stake in the project) in a recently completed solar facility in Brandenburg, Germany during 2011. This is one of the largest plants in Germany which has peak capacity of 18.65 MW and will generate as much energy as that used in more than 5,000 homes.

Germany has a strong framework for renewable energy and is home to many leading-edge technology companies in the sector. More than 70 percent of the solar modules used in the project were developed by the German solar manufacturers.

In another report published by Google, it has been told that recently it has invested $94 million in a portfolio of four solar photovoltaic (PV) projects being built by Recurrent Energy near Sacramento, California. These projects have a total capacity of 88 MW—that’s equivalent to the electricity consumed by more than 13,000 homes. Google is excited to be joining global investment firm KKR on their first renewable energy investment in the US. Google hopes clean energy projects continue to attract new sources of capital to help the world move towards a more sustainable energy future.

Google invested $75 million to create a fund with Clean Power Finance (CPF) that will help up to 3,000 homeowners go solar. Purchasing a solar system is a major home improvement, but the upfront cost has historically been one of the biggest barriers for 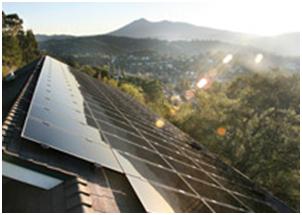 homeowners. Solar installers across the country don’t always have the resources to find financing for customers, or provide it themselves. And investors like Google, banks, and others, can find it difficult to enter a fragmented solar market and get connected to individual homeowners. Clean Power Finance's open platform connects installers with investors to provide financing to homeowners. It's an innovative and scalable model that makes business sense, and has the potential to lower costs and accelerate adoption of solar energy.

In the largest deal of its kind to date, we invested $280 million in a SolarCity fund to help provide innovative financing for residential solar projects to make clean energy more widely accessible. This kind of innovative financing removes a major adoption barrier for homeowners—the upfront cash required for systems—and makes solar power accessible to homeowners who would otherwise not consider it. SolarCity has completed or is currently building out more than 15,000 residential solar systems, the most of any company in the US.

Once completed, the AWC backbone will stretch 250 miles along the coast from New Jersey to Virginia, enabling the connection of up to 7,000 MW of offshore wind power, which could provide the energy equivalent of that used in 1.9 million households. The project helps states meet their renewable energy goals and standards using the most abundant local resource. The Mid-Atlantic region has a vast offshore wind resource capable of powering more than 60,000 MW of wind turbines in shallow waters that allow wind turbines to be installed 10-15 miles offshore.

The wind blows hard where the Mojave sands meet the Tehachapi Mountains in Southern California, making it a great spot for wind turbines. Google invested a total of $157 million in two projects totaling 270 MW at the Alta Wind Energy Center (AWEC). This investment used a leveraged lease—a financial structure new to wind but one which provides advantages to both developers and investors. The project will also use some of the first transmission lines being developed specifically to transport renewable energy from remote, resource-rich areas to major population centers.

Located in Arlington, Oregon, Shepherd’s Flat is anticipated to be the world’s largest wind farm at 845 MW, and when completed in 2012 is expected to generate as much energy as that used in 235,000 homes. American search engine and largest world leading company Google invested $100 million into the farm, which will also be the largest to deploy, at scale, permanent magnet generators, a state-of-the-art turbine technology used to increase efficiency and reliability and ultimately lower the cost of wind energy. The project will also benefit the region by helping California meet its aggressive renewable energy goals with a cost-effective and clean wind resource. The electricity produced at Shepherds Flat will be sold under long-term agreements to Southern California Edison. 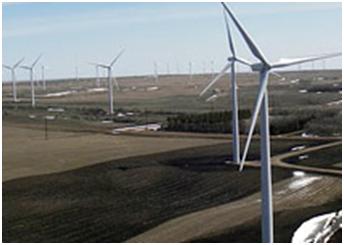 Our first investment in a utility-scale renewable energy project was $38.8 million in two wind farms in North Dakota that generate 169.5 MW of power. The projects were built by NextEra Energy Resources, which uses advanced wind turbine technology and monitoring and control systems to provide one of the lowest-cost sources of renewable energy in existence today. Google is much excited to make this investment because it marked both the first production tax credit (PTC) deal done since the financial crisis of 2008 and also the first entry of a non-energy corporate investor into tax equity financing, form of financing which had constrained the many projects since 2008 and delayed to complete many of the effective solar projects last year.