Cook In Best Solar Cookers And Keep The Environment Green 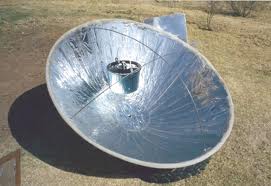 Solar cookers are meant to trap the solar energy with the help of in-built reflectors which are meant to focus the energy of the sun on cooking containers. Novel designs of cooking vessels have been developing from time to time and time as their designs are easy to build and do not cost more. Indeed, solar cooker owes their popularity to the act that it does not need firewood and therefore one can save money. Let us have a quick look over some of the best solar cookers which sell more.

There are many benefits to solar cookers. By harnessing the energy of the sun you can cut down on the costs of fuels. It is totally safe to use and a great way to get healthy food prepared without any fuel. In fact, a solar cooker is a great way of conserving fuel and making use of free and wonderful energy from the sun. So, bring the best solar cooker today and contribute to making the environment green.