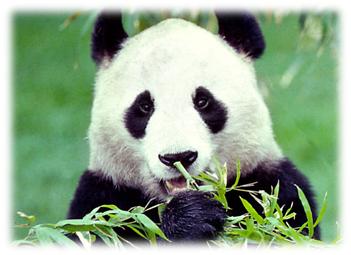 Wildlife conservation is a common term used for protection of endangered animal and plant species with different habitats. Aim of wild life conservation is to bring surety for future generation that nature will be around them to grow and enjoy in clean open air. Wildlife conservation also teaches the communities about importance of wildlife and protection of environment and our atmosphere which in case if damaged will directly harm and eliminate the wildlife. There are wildlife protection agencies working with governments and Non-governmental which aim to protect endangered life species.

Numerous non-profit organizations are also working in collaboration with agencies for wildlife to promote and conserve the species and their habitats. Wildlife conservation has become important also because of the negative effects of human beings on wild species, including animals and plants. Conservation biology is a science field that is dedicated to preserving the wildlife and its various species which are in an endangered and critical situation now.

The conservationist's lobbies and ethics of conservation have made it an important environmental issue and have started strict rules and regulations against the hunting wild birds and animals. Thanks to the protection agencies that now endangered species are under critical care and any case of hunting against them will be highly punished.

The major threats to Wildlife

One of clear evidence about threats to wildlife is due to human beings increasing interest to get the financial benefit from wildlife, whether it is the skin of tiger or teeth of elephant, human beings have become hungry to sell the dead or alive animals, birds, and plants to get more financial benefits. One of the threats to wildlife is habitat loss. There are fewer natural areas that are leaving behind every year and those habitats left behind are unable to resemble their own areas in the past. Also, different types of animals, birds, and plants have specific types of environments for themselves to live change in their living climate or displacements due to cutting of trees have caused the disastrous loss of many species of wildlife.

Plant and other wildlife are sensitive and only can preserve at certain temperature climates, with little moisture change can damage their all species. Similarly, many insects and creeping animals are affected due to climatic changes and the loss of their natural environment. Nowadays, the wide use of toxic chemicals and pesticides is making the environment hazardous for wildlife.

Poaching and unregulated hunting is also a major threat to wildlife. There is much mismanagement found in forest departments and various forest guards have told about this problem. Due to volcanoes, forest fires, lightning, earthquakes, floods, and other related natural disasters can also affect the habits of wildlife, and either they are displaced due to external factors or completely eliminated, e.g. dinosaurs.

One of the major causes of the elimination of natural habitats of wildlife is due to increasing pollution. This pollution is indigestible by various organisms and can kill all wild and marine life. The exploitation of wild resources is also a possible way for the loss of natural habits and wildlife. Because of overfishing, cutting of trees, and hunting, these natural resources will be eliminated soon. A last other possible threat to wildlife is an accidental death, due to air collisions, ships collision or trees dropped on wild animals. 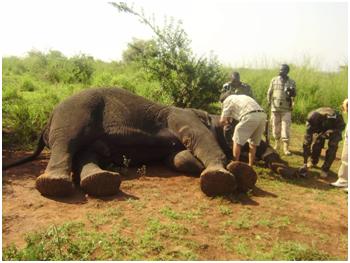 One of the most successful wildlife models in the world is the northern conservation model. This model was first developed in the 19th century based on the importance of preserving wildlife and the extinction of many wildlife species. The wildlife conservation model of North America basically resides on two main principles; wildlife and fish are not for commercial use and they should be managed in a way that optimum availability of them should be.

Opportunity for all, funded by all is one of the key points which have been included in the wildlife preservation act of North America; in which all citizens have the right to hunt and fishing is also for sale on the basis of licenses. Most of the funding comes from federal or state wildlife agencies, but the worst part is the sale of hunting licenses goes into the hands of agencies' staff which have been made for hunters by the hunters. An excise duty should be applied to the sale of ammunition and firearms which are used for hunting and can damage the wildlife. Government involvement in wildlife protection was started in India in 1972. The policymakers soon fell into the decision making for actors and government officials for wildlife preservation. Also, the World Conservation strategy was developed in1980 in which detailed points for the protection of wildlife and financial funding for the protection of the environment and wildlife were major issues solved. The main strategy was aimed to provide an intellectual framework and save wildlife through the best wildlife conservation rules developed by the concerned departments. The main objectives and requirements for wildlife preservation in this strategy were defined hereby;

Many development agencies were discouraged due to government involvement in the 1980s. So these agencies started their support to NGOs and private business sectors for environmental protection and wildlife preservation. In a discussion paper of World Bank, it has been told that explosive emerging of many NGOs for wildlife protection is known to all the policymakers and so US agency for International Development, USA ID amended the funds used for biodiversity.

By protecting the entire communities of animals, we can protect their habitats, and less conservation process will be required for their availability and saving the species which are endangered. Now only protected lands, parks and reserves have been left behind as last habitats which are also touched by a human being and they are bit saved from habitat destruction. Corrective steps are required to take against wildlife hazards and only proper care and protection and preserve the wildlife species.