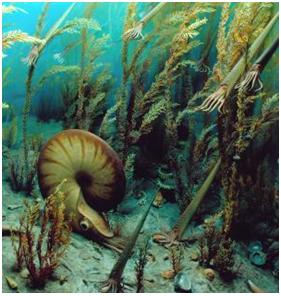 An ecosystem can be as small as a pond or as large as a rainforest, you can even build your own in a garden or fish tank. Humans create larger ecosystems too, either agricultural or urban, and have certainly had an effect on natural ecosystems, often a very damaging effect. Groups of similar ecosystems are called biomes; for example, the Arctic Tundra is considered a biome, and the world’s largest biome in the open sea.

The term was first defined in Arthur Tansley’s 1935 paper, The Use and Abuse of Vegetational Concepts and Terms. Tansley was expanding on the work of fellow British botanist Arthur Clapham whom he had asked to coin a term to cover both the physical and living parts of an environment. All ecosystems change; they are dynamic, living things. However, human activity has done a great deal to damage the planet’s natural ecosystems, through pollution, exploitation of natural resources, and even (the often well-intentioned) introduction of outside species.
The environmental and conservation movements have, over time, widened their focus from single species preservation to the recognition that the complexity of nature means that the environment as a whole must be protected. The growing study of and awareness of biodiversity has encouraged this holistic approach in the green movement.
The United Nations Convention on Biodiversity (UNCBD), which was unveiled at the so-called Earth Summit in Rio de Janeiro in 1992, includes an ‘ecosystems approach’ to conservation, recognizing the complexity of preserving the natural world while allowing humans to live sustainably.
The UNCBD studies ecosystems to try and determine their value, for example, this study looks at forest ecosystems.
This approach has also led to the recognition of what we take from natural ecosystems, so-called ecosystem services, for example, forests provide us with timber, which is an extractive use but may also provide economic activity as a venue for ecotourism. Governments who have signed up to the UNCBD should be taking this approach to their efforts to conserve the environments in their country.
The formation of the Earth occurred some 4.6 billion years ago but it was only in the last 570 million years that the first familiar life forms began to evolve. These were arthropods and were followed 40 million years later by the first fish. The first land plants began to appear around 475 million years ago, with the first forests appearing 90 million years later. Dinosaurs began to evolve around 225 million years ago and effectively ruled the world before suddenly becoming extinct 160 million years later. Our species, Homo sapiens, have only inhabited the Earth for the last 200 thousand years. 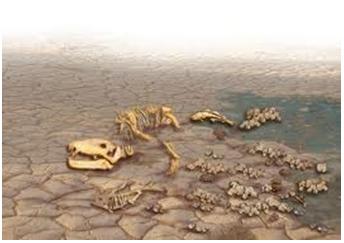 Most people will know of the mass extinction that saw the end of the dinosaurs, but many will not realize that this was actually the fifth such event in the Earth’s history. So the rate of change is a key variable in nature’s ability to adapt. The current rate of change in CO2 levels has no known precedent. Oceans don’t respond instantly to a CO2 build-up, so the full effects of acidification take decades to centuries to develop. This means we will have irretrievably committed the Earth to the acidification process long before its effects become anywhere near as obvious as those of mass bleaching today. If we continue business-as-usual CO2 emissions, ocean pH will eventually drop to a point at which a host of other chemical changes such as anoxia (an absence of oxygen) are expected. If this happens, the state of the oceans at the end-Cretaceous 65 million years ago will become a reality and the Earth will enter the sixth mass extinction.
The first occurred around 440 million years ago at the end of the Ordovician when a period of relatively severe and rapid global cooling caused such a pronounced change in marine life that 25% of families were lost. The second came around 370 million years ago near the end of the Devonian Period. Again this was possibly the result of climate change and this time 19% of families were lost.
Around 245 million years ago at the end of the Permian period came the third major extinction when 54% of families were lost. Various theories exist as to why this should have occurred. It has long been felt that it was the result of climate change brought about by tectonic plate movement, but recent evidence suggests some form of an extraterrestrial impact.
The fourth major extinction came at the end of the Triassic Period around 210 years ago. This was shortly after dinosaurs and mammals had first evolved. 23% of families were lost at this time and speculation continues as to the cause.
So we come to the fifth major extinction that occurred 65 million years ago. Speculation continues among scientific circles as to the exact reason for this. The general consensus is that it was the result of a catastrophic collision between the Earth and one or more extraterrestrial bodies such as a comet, but other scientists believe that it was caused by a great volcanic event. In either case, it is thought that debris blotted out the sun’s rays, causing disruption to the world’s climate and ecosystem.
Virtually no large land animals survived, plants were greatly affected and tropical marine life was decimated.
These events illustrate the vulnerability of the world and there is concern that we are now in the middle of the sixth mass extinction. The difference between this one and the previous five is that this one is the result of human activity. 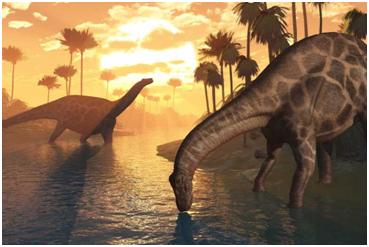 Some scientists maintain that this latest mass extinction began when the first modern humans began to disperse to different parts of the world around 100,000 years ago, but the rot really set in when they turned their attention to agriculture around 10,000 years ago. It was agriculture that brought about the most profound ecological change since life on Earth first began. Humans no longer had to interact with other species in order to survive and were able to manipulate them for their own use. As long ago as 1993 Harvard biologist E.O.Wilson was estimating that the Earth was losing around 30,000 species per year, which equated to about one species every 20 minutes.
Thousands of creatures are now endangered and appear on the so-called Red List of Endangered Species. A survey revealed that at least 1,141 of the world’s 5,487 mammals, including marine mammals, are facing extinction and at least half are in decline. One in three amphibians and one in five reptiles is fighting for survival. Loss of habitat and degradation by agriculture and deforestation affects 40% of the world’s mammals. Overharvesting is wiping out larger mammals. This is a frightening sign of what is happening to the ecosystems of the land where they live. Many creatures have been lost forever as a result of human activity in what shows every sign of being the world’s sixth mass extinction. There is still time to reverse this trend. Swift international action is necessary if we are not to wipe out many of our closest relatives.
Comments on this entry are closed.