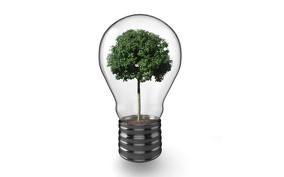 Environmental awareness is rapidly growing in society. Global warming, rising sea levels, changing weather patterns are all becoming a part of the common person’s vocabulary. The print and electronic media are full of discussions ad debates on these topics. Not only governments and large businesses, but even ordinary citizens and consumers are becoming increasingly aware of how their buying and consumption patterns are adversely impacting the natural environment. As a result, both businesses and consumers are looking towards developing new products and investing in new technologies that can reduce or minimize the ecological imprint of human beings in the natural environment.

One aspect of environmental responsibility receiving the most attention is the conservation of energy resources. Our current consumption patterns are putting immense pressure on the earth’s non-renewable resources such as fossil fuels. These will not last forever and our dependence on them can be disastrous for our future generations. It is necessary that we seriously search for other renewable alternatives. Such renewable energy resources include solar energy, wind energy, hydel energy, and geothermal energy. Companies and governments are now seriously investing in technologies based on these renewable energy resources that will in turn be used to develop energy-efficient products.

The greatest progress has been made in developing energy-efficient gadgets that run on solar energy. Investment in solar cells and solar panels together with the role of media in highlighting this transformation has led to several of these products becoming common and widely used. Some of the most popular solar energy powered gadgets are solar lamps and street lights, solar ovens, and solar toys. The products getting the greatest amount of investment are solar-powered cars and homes. As the costs of manufacturing solar panels have fallen in recent years, more models of energy-efficient solar-powered houses are being developed. Similarly, solar-powered cars have also grown in popularity.

Solar-powered gadgets include everything from electronic gadgets such as calculators to kitchen appliances. Solar energy can also be used to produce energy-efficient gadgets such as computers and mobile phones in the future. Since solar energy is costly technology investors do not find many consumers willing to make purchases of these products. A few innovative customers become ready to adopt innovation and become trendsetters in this way. They encourage other consumers to follow suit and the technology becomes common in this way. Markets today are flooded with solar-powered products that at one time were a novelty or a luxury that few could afford or thought practicable.

Energy-saving gadgets can also be developed by innovations in traditional technology. Semiconductor technology has made it possible to develop electronic gadgets that can perform the same amount of work by consuming lesser energy. Everything from washing machines, refrigerators, and computers has been revolutionized thanks to developments and progress in semiconductor technology. Electronic devices or gadgets can even share power so that energy is also conserved instead of being wasted.

Investing in energy-saving gadgets can help to reduce the demand for energy and slacken the pace at which non-renewable energy resources are being consumed.