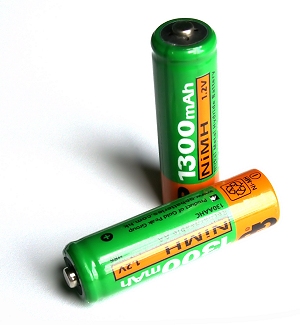 Well here are some interesting facts about batteries to encourage you to think a little more carefully about what batteries you buy.

The first battery was created by Alessandro Volta in 1798. The first rechargeable battery has been around since 1859, when French physicist Gaston Plante invented the lead acid cell. The lead acid cell is still used in cars today.

However, evidence of batteries dates back to over 2000 years ago. In 1938, Wilhelm Konig discovered in Iraq a 5 inch pottery jar containing a copper cylinder encased in an iron rod. This is believed to be an ancient form of battery.

The energy used to manufacture rechargeable and single-use batteries is 50 times greater than the electrical energy they produce when been discharged.

This is an effect that nickel-cadmium (NiCad) rechargeable batteries suffer from. If a NiCad battery is recharged before being discharged fully, it ‘forgets’ that it is able to discharge any more energy.

All batteries, including rechargeables, eventually die. This is because the chemicals inside the battery degrade over time and with usage.

From 1st January 2010, all manufacturers and importers of batteries in to the UK will be responsible for the cost of collection and recovery of waste batteries. Thankfully, there are battery recycling services who will handle the battery recycling for you. It won’t be long before other countries start to follow this regulation too. 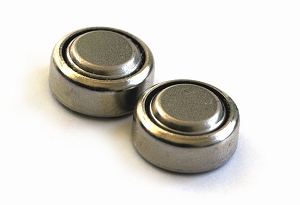 The single largest source of mercury metal is found in household batteries, particularly in alkaline and button cells.

Legislation from the EU Parliament, namely WEEE Directive 2003, states that manufacturers of alkaline batteries have made a commitment to remove all mercury from batteries. However, mercury is an integral part of button batteries and cannot be eliminated completely.

One NiCad mobile phone or power tool battery is enough to pollute 600,000 litres of water! That’s equivalent to a third of an Olympic sized swimming pool.

Since there are no real industry standards for batteries, many terms used by battery manufacturers have become misleading marketing hype. Although the terms didn’t start out as being misleading, “Heavy Duty” batteries are often the least powerful batteries you can buy!

I used a number of resources when compiling facts for this article. This is a list of all the resources I used: