Ethanol is pure alcohol which is found in alcoholic beverages. It’s being widely used as a fuel to power automobiles, as an alternative to gasoline and diesel.  Ethanol is generally blended with Gasoline to create a mixture for combustion, as pure ethanol isn’t very combustible in cold weather. Ethanol powered vehicles are being used in Brazil as well as USA and Europe, with the common type being the Flex Fuel vehicles, which can run on a combination of different fuels such as ethanol and gasoline. They are designed to combust any proportion of these fuels, or either of them based on the specific climate requirements. In USA these vehicles are called E85 vehicles and are designed to use 85% ethanol and 15% gasoline due to the ethanol being unsuitable for primary ignition in cold weather. In Brazil, these vehicles are called Flex vehicles and are designed to work on pure ethanol, or any combination of the above fuels. 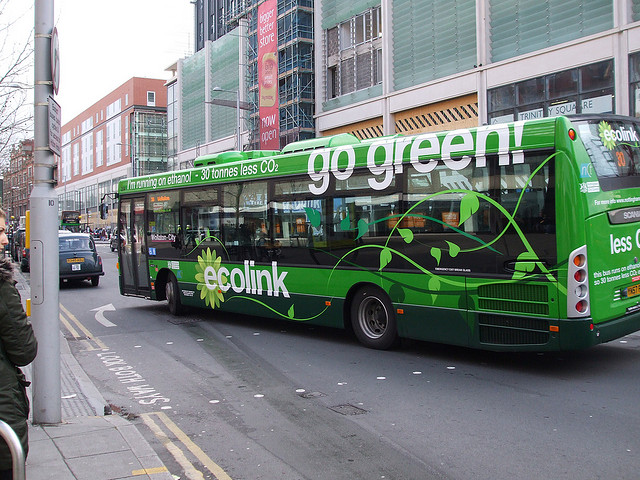 Bioethanol is the synthesis of ethanol from plant sources such as sugarcane, soya bean, sorghum, corn, maize, sugar beet etc. It involves fermentation of carbohydrates present in sugar or starch based crops into alcohol.  The process involves isolating the sugar from the parent biomass, fermentation of sugars to yield alcohol, distillation of the obtained alcohol, and finally drying the yield to give a usable bioethanol. The residual biomass after the extraction of sugar is widely used to fuel the distillation boilers used in the process. This approach helps in a complete utilization of the biomass, and also reduces the need for an external energy source during the process. 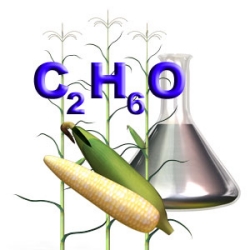 Advantages: Bioethanol is environment friendly, as it emits less carbon monoxide, and the CO2 it emits is again absorbed by plants.  It also has a higher octane rating (The measure of performance of a vehicle fuel) then gasoline, which has a direct impact on engine efficiency and compression ratio. However, it has roughly 30-40% lower energy content when compared to standard gasoline of the same volume, and using it means more frequent fuel stops.

World over,  blended fuels are being used which have a fixed percentage of Ethanol along with standard petrol, such as E10, which is 10% ethanol in a mixture of petrol. This helps the fuel mixture to burn more completely, and reduces toxic emissions.   Ethanol is less toxic and volatile than normal petrol, and is biodegradable.

The primary advantage which we must see in Bioethanol synthesis is the availability of an alternative to fossil fuels.  The world’s crude oil reserves are highly localized, and though seemingly huge- are limited. There should be a smooth transition from our dependence on fossil fuels to other alternate energy sources before we face the realistic threat of depletion of our natural resources.

There also has been a widespread opposition to Bioethanol, as its fast replacing the cultivation of food crops, thereby causing spiraling food prices and food scarcity.  The need of the hour is a proper strategy to encourage such initiatives without compromising on food grain production