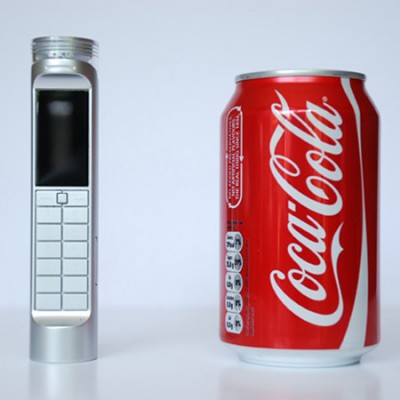 This conceptual mobile phone designed by Daizi Zheng aims to replace conventional mobile batteries with an eco friendly version. It was designed for Nokia as a phone battery that is cheaper to produce, uses less resources in its production and its life time of use, while also being able to be disposed of in an environmental manner. 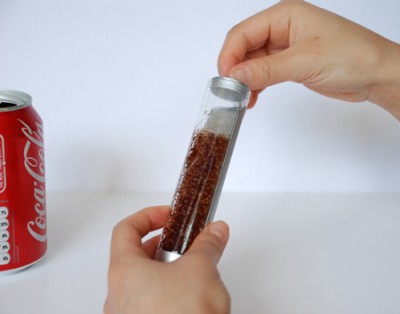 The proposition is that it is possible to power a phone from a carbohydrate, in this case sugar which can be found in high levels in many drinks. The interaction of enzymes with the carbohydrate generates power through an electrochemical reaction. The Eco Friendly Mobile Phone should only produce oxygen and water, as a byproduct of the reaction, which can then be poured out of the battery and down a drain once the phone battery has finally run out of charge. It is hoped that charging a phone this way would give a longer lasting charge time, predicted to be 3 to 4 times the length of charging a normal mobile battery. The designer hopes that this type of battery would be fully biodegradable.

Mobile phones normally run from a lithium battery. It is well documented that producing these batteries, charging them and then disposing of them produces quite a high quantity of pollution into the environment. Unfortunately the manufacturing of many drinks have their own negative environmental impact, from the production of the drink to the issues that arise from the drinks bottles and cans especially when these are not recycled.

By using left over bits of drink the impact is minimized to some extent. This design may well run from sugar dissolved in water which would also lessen the impact somewhat. The problem of disposing lithium batteries is rather serious, coupled with charging the battery from mains power for its life then the negative impact of a conventional lithium phone battery is quite high. Though there are a few unconsidered issues with this 'eco friendly' battery it is certainly a step in the right direction.