Is nuclear energy a good choice for our environment? 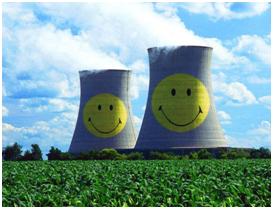 Electricity can be generated from many resources available, but currently it is required to check the resources of energy which should be renewable and also fulfill our increasing energy demands. As compared to electricity which is produced from petroleum energy resources, renewable energy resources are eco-friendly and leave green impacts on our environment. Now in many homes and business productions in Canada, use of solar energy has been widely increased due to their positive impacts on our environment and their positive effects to guard our natural resources.

Nuclear energy has big advantage of being cheap resource as one atom can produce electricity for millions of years. Currently there are three energy resources which are available for our domestic and commercials usage, these are; 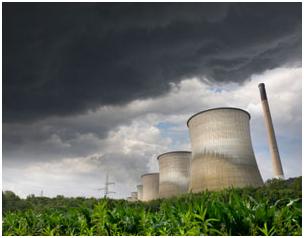 There are major environmental benefits which are associated with use of nuclear energy. Nuclear reactors don’t emit the gases which are causing global warming, urban smog or acid raining. Currently nuclear reactors or nuclear plants which have been established in Canada, United States and United Kingdom are avoiding the emission of Carbon dioxide up to 90 million tons ever year. This pollution will freely go to atmosphere if this electricity has been produced by coals, gases or other alternative resources of energy. Without the use of nuclear stations in Canada’s green houses, the greenhouse emissions of gases is nearly about 12 percent high if we use nuclear reactors instead of them.

In addition to above significances, nuclear energy also doesn’t emit any Sulphur oxides or nitrous oxides. These gases are the major causes of acid rain and smog in urban areas. Nuclear reactors require a small are of land for their construction, while wind or solar power generation plants require high wind generations. Currently all the energy needs of Toronto are fulfilled by Darlington nuclear station, which has been established on a small land area of only 2 square kilometers. Nuclear plants have also advantage that they can be established close to where electricity will be produced, unlike the hydroelectric generation of power where setup must be established near an ocean or sea.

How much electricity produced from nuclear reactors is clean can be experienced from Bruce Power nuclear station established in Ontario.

Very small amount of Wastes as compared to other energy resources

A single uranium atom holds energy which is millions of time more as compared to fossils fuels or other energy resources used. The amount of wastes produced from nuclear energy is much small in quantity as compared to those of wastes produced from fossils power tools. Currently, Federal Nuclear waste management organization is working to establish the nuclear power energy source around the world. NWMO at its website www.nwmo.ca has told about its interest about nuclear power establishment and use of renewable energy resources. 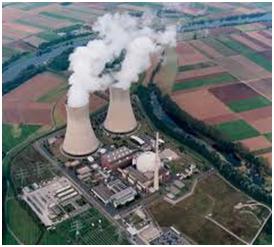 Fossil fuel is used for production of energy around the world, because they are old technology based methods where still people are not aware about fast utilization of our limited natural resources and increasing carbon dioxide. Carbon dioxide is the major gas which is contributing to climate change and only factor causing pollution in our environment. Based on decision of IPCC which was setup by World Meteorological organization and United Nations, increasing volume of carbon dioxide is due to production factories, vehicles running of the floor, cutting of trees and lack of proper wastes management systems. In 1988 when this research was first started, many of the scientists around the world contributed for the wellbeing of world environment through proper use of sources to avoid carbon emission and development of such gadgets which should be eco-friendly and should remove carbon dioxide from our atmosphere.

Major climatic changes our planet and starts of floods have been all dedicated to carbon dioxide and no preservation of our green forests. Rising temperature due to CO2 also caused the global warming and melting of big ice glaciers. Due to this reason, nations of the world have rejoined to start their efforts against increasing pollution and Kyoto Protocol was established in 1997. 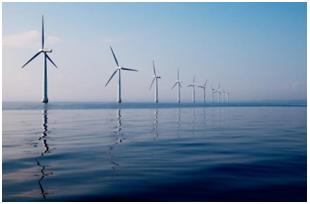 Both these resources require wide area for operations and a huge cost will be inquired for their establishment. Along with vast area which will be required for wind power plants, the noise pollution of wind turbines will create bad impacts for living people near to these plants. These two sources of electricity are best alternative, however there is no guarantee to continuous supply of sunlight or wind blowing in European countries or Most of the places in United States also. Based on these conclusions, we have found that use of nuclear energy is not only cost-effective, cheap and route to Go Green environment but also we have excess of atoms available to use for nuclear energy production, with each being able to provide as electricity requirements for thousands of the years. Nuclear energy is excellent choice to meet our current as well as future needs and also provide us carbon free green environment.