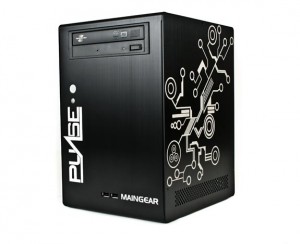 Typically when you see a low power PC, you’ll see really low power usage, but then a pretty low specification in terms of raw processing power. That’s all fine and good, except when you’re trying to do something that requires a little more power. The Main gear Pulse is touted as the world’s greenest gaming PC, consuming 40% less power compared to conventional gaming systems. 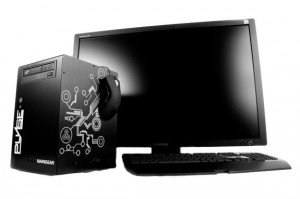 The Pulse uses an NVIDIA ION-based GeForce 9300 Motherboard by Zotac, which comes with both dual and quad-core options. The Pulse also uses special edition GeForce 9600 GT and 9800 GT graphics cards that consume 40% less power compared to other graphics cards. A Pulse under a full load consumes less than 145 watts whilst gaming compared to convention gaming systems!

Using an optimized chassis design, airflow is maximized to ensure the GPUs and CPUs are kept as cool as possible. Components are therefore kept cooler, and less energy is wasted trying to cool hot components.

The Pulse has a capacity for up to 8GB of DDR2 RAM, 802.11b/g wireless networking, eSata support, and optional Blu-ray and TV Tuner features. Pricing starts at $898.99 with one of the Eco-friendly graphics cards.