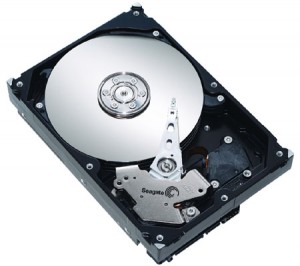 Seagate has just launched a new range of Low Power Barracuda hard drives, in capacities of 2TB, 1.5TB, and 1TB. The new hard drives report a 44% reduction in power consumption, as well as a very low noise level. The drives have been targeted at the desktop markets, such as external USB drives, external eSATA drives, and low power PCS. The drives are also perfectly suited to the NAS (Network Attached Storage) markets too.

Since the drives are lower power, they typically run much cooler too. The lower operating temperature has the knock-on effect of a longer drive life and improved data access reliability. Seagate is also proud to be following their own green standards, such as being RoHS compliant, at least 70% recyclable materials in the hard drive when it reaches the end of its life, and built using eco-friendly processes.

Expect to see these drives hitting the PC shops pretty soon. They’ll be a touch more expensive compared to their energy-guzzling counter-parts, but they’ll pay for the extra premium within 6 to 12 months.