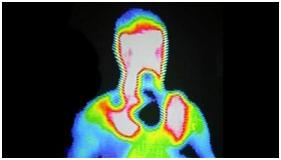 Heat is the greatest enemy of modern electronics and leads to spawn errors and fry the all components of gadgets. But latest technology have turned heat to be utilized for our advantages by creating such eco-friendly devices that will run and charge on heat evolved from our bodies and external atmosphere. It resulted in advanced thermal computers that run off of body heat or other form of heat energy which will be present around us.

Due to increasing electricity bills, increasing demand of energy around the world and advancement of latest science and information technology lead to the invention of utilizing extra heat evolved in the atmosphere to take advantage of it. In physics terms, there's a "uniform temperature gradient." The heat takes this simple path because the pipe conducts the same amount of heat in every place and in every direction.

Yet materials don't have to conduct heat so simply. If you stacked alternating sheets of a material that conducts heat and another that insulates it, the heat would be conducted more freely sideways than in the top-to-bottom direction.

Electrical engineers are familiar with this principle: It's the same one that makes resistors, one of the most common electrical components, conduct more when wired in parallel than when wired in series. The breakthrough of the new research is to tailor composite materials so that their thermal conduction is not just side to side or top to bottom, but in a direction that changes throughout.

"Heat current, like electric current, should be viewed as a medium that can be manipulated, controlled, and processed," says study author Yuki Sato, a physicist at Harvard University.

Sato and Harvard colleague Supradeep Narayana's simplest demonstration is of a thermal shield: a device that excludes a heat current from a certain region. It consists of a cylinder, roughly as big as a C-size battery, containing 40 alternating, concentric layers of natural rubber and boron nitride-infused silicone elastomer. 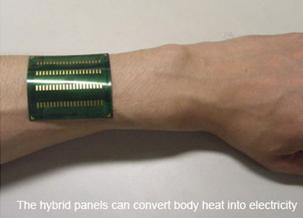 The researchers cast the device in a block of conductive jelly and kept one side warm and the other cold. With no shield in place, the heat would have flowed through the jelly in a uniform temperature gradient, as in the pipe example.

However, when the researchers viewed the temperature gradient from above with an infrared camera, they found that their shield almost totally excluded the heat current from the region inside without affecting its flow in the jelly outside. Unlike electricity, heat can transfer by processes of radiation, convection and conduction and so physicists have to learn about unwanted heat limitation and utilizing it for our own benefits.